skip to main | skip to sidebar

Blogger and I don't really get on, but here, I hope, is a specially-created WOGE-19 staging post.

When on Google Earth

My first choice was foiled by lamentable Google Earth coverage of the West coast of Ireland. My second option looked, frankly, great. But... it was a walled city in a desert, and we've had a few of those.

The third choice has a very faint connection with the second, but is a little bit different. It also has a faint connection (in my head) with Jamie Bell, of Billy Elliot fame (this is more of a clue). Hopefully it won't appear too cheesy or obvious to WOGE-ers. (A fourth, even more urban site, still with a connection to choice two - are you following this? - occurred to me, but is probably way too famous; I'll reveal the stream of associations at the end). 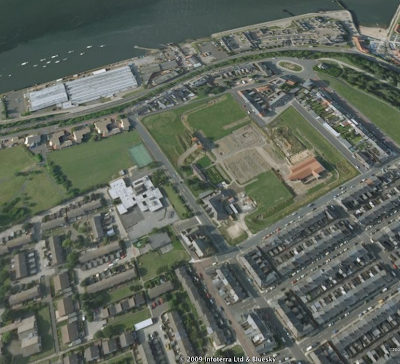 Expecting a solution by sunrise...